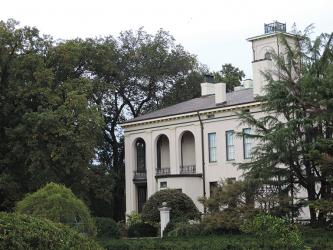 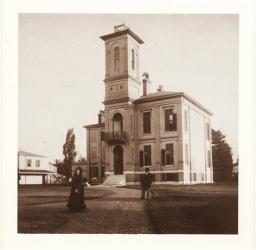 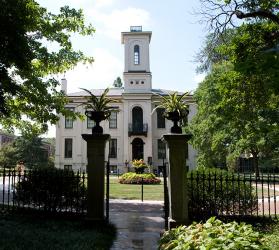 The Tower Grove House, Garden founder Henry Shaw’s restored country residence, is located in the Lichtenstein Victorian District. After an extremely successful business venture, Shaw retired and made several trips back to Europe. After his first trip, he was inspired to make St. Louis his permanent home. In 1849, he commissioned George I. Barnett, an English-born architect and friend, to design the Tower Grove House. The building is Barnett’s first design with an Italianate influence, a style popular among Americans who traveled to Europe in the Victorian era. The name Tower Grove House was inspired by the house’s significant tower, which overlooks a grove of oak and sassafras trees. Inspired by his last trip in 1851, Shaw decided to build a garden around his country estate, later becoming the Missouri Botanical Garden.