Southern fried dishes are compatible with wines from around the world. 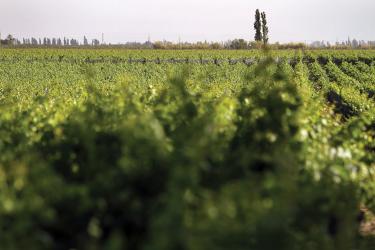 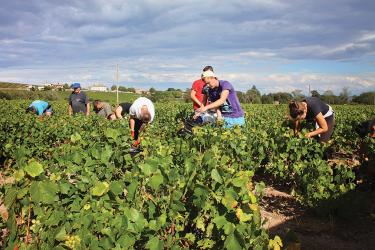 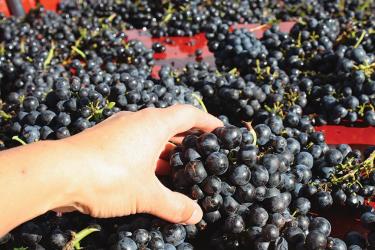 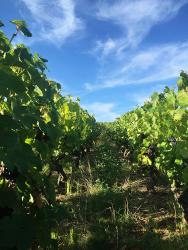 Wine may not spring to mind when the menu features such dishes as fried green tomatoes, flaky Southern biscuits and a mouth-watering version of Southern fried chicken, with mashed potatoes, pan gravy and collard greens. Still, the many flavors in each dish, not to mention the acidic, savory, salty and buttery notes that one tastes with each bite, are actually quite compatible with a number of wines from around the world.

To prep the palate for this gastronomic tour of the South, we’re starting in New Orleans. It is one of the country’s preeminent cities for fabulous food and drink that has a spotlight focused on it every February with the annual Mardi Gras festivities (the now month-long bacchanalia held just before the start of Christian season of Lent — a more somber period of reflection and self-denial that culminates with Easter). A number of cocktails were invented in NOLA, including the Hurricane, which has become the signature drink of the citiy’s fabled Bourbon Street. A mix of rum, fruit juice and a sweet syrup like grenadine, its color is often described as passion fruit.

This wine-based version keeps the rum and adds both an Italian and Brazilian accent with the inclusion of a fruit-infused Moscato (tropical passion fruit moscato with fresh passion fruit pulp from Brazil and a slight effervescence to give this drink a little spritz, is a brand worth seeking out). Moscato is the Italian version of the Muscat grape, considered by some vinologists to be the oldest domesticated grape variety served as table grapes and used over the centuries to make raisins and a number of wines. Its colors vary from white to nearly black and it almost always has a floral, sweet aroma and taste…and works perfectly for this tropical version of the Hurricane.

The high acid content of tomatoes can make this fruit a difficult pairing with wine.  You really need a variety that will cut through the acid – definitely a white grape, like Sauvignon Blanc. Almost every major wine-producing country lists Sauvignon Blanc among its varietals. Native to France, Sauvignon Blanc almost universally delivers citrus flavors that are necessary to stand up to, but not overwhelm, acidic foods. When you add some citrus to a tomato-based recipe such as the buttermilk lime dressing for fried green tomatoes, a Sauvignon Blanc that also has tropical fruit notes, like guava, and even some herbal essences, will provide a great accompaniment to the food. Sauvignon Blancs from New Zealand may be too minerally and citrus-y for this dish; better to try a fine Californian Sauv Blanc such as the Two Angels label, with grapes from vineyards in High Valley, which are the highest-elevation white grape vineyards in the state.

Normally, sparkling wine is served either at the beginning or end of a meal. For our Southern dinner, to drink with the buttermilk biscuits with seasonal jams and honey butter, a little bubbly is in order. Once only produced in France’s Champagne region, there are sparkling wines made today (in the same way that Champagne is produced and with the same grapes and similar quality, usually at much lower prices) from nearly every wine-producing region in the world. The yeast-y quality of many of them, especially those produced with the Chardonnay grape, brings up the same yeast-like flavor of the biscuits. And, if the bubbly is not bone dry, your taste buds will pick up the honey and fruit flavors of the butter and jam.

Finally, serving a dry sparkling wine in the middle of a meal is a great palate cleanser for what will follow. Argentina is making some terrific Brut Sparkling Wines, with Pascual Toso one of the finest. You might not think of French wine when the dish is fried chicken, mashed potatoes, pan gravy and collard greens, and you’d be correct if you’re considering the complex red wines from France’s famous Bordeaux or Burgundy vineyards. However, there are many other wine regions of France that are less well-known, with red wines on the lighter, fruiter side that have the right flavor profile for the dispirit flavors of this staple of Southern cuisine.

The southern part of Burgundy is known as the Beaujolais region. It’s become world famous for Beaujolais-Nouveau, also known as the first wine of the harvest, which is exactly what it is: the very first wine to come from the Beaujolais vineyards each year taking approximately six weeks for the Gamay grape to go from vine to bottle. The next step up from Nouveau is Beaujolais-Villages, the grapes of which come from 38 villages in the northern part of Beaujolais. The wine is not released for six to eight months after harvest, which is in late September or early October, depending on the weather during the year.

The Gamay grape is light bodied and fruit-forward (mostly what is called black fruit like blackberries and black cherries), low in tannins and somewhat high in acidity, which makes it perfect for foods (especially those a little on the salty side) that may need the lift of a wine where the fruit is prominent. The man who brought Beaujolais to world-wide attention with his tireless promotional efforts and high-quality wines is Georges Duboeuf, and his 2015 Beaujolais-Villages is probably going to the easiest (and best) to find on retail shelves in the St. Louis area.

So give French – and Argentine, Italian, California – or any other wine from around the world a try with your next Southern meal.