From its established arts scene to its burgeoning food and beverage program, this low-maintenance destination thrills travelers with a luring local culture that's as complex and enticing as the town's signature red and green chile. 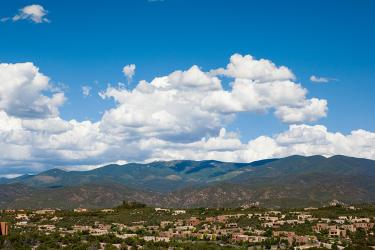 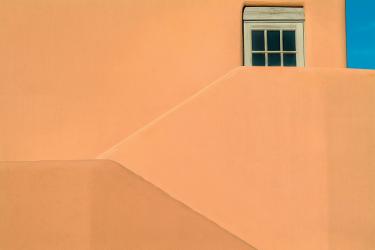 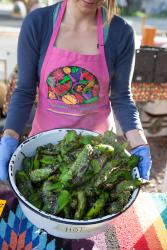 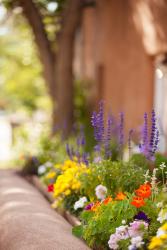 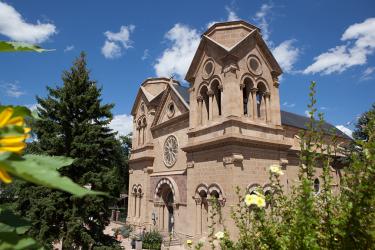 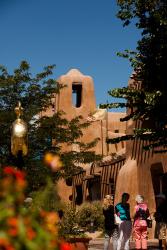 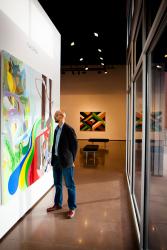 “Ever heard the song ‘Welcome to Boomtown?’” Yolanda asks, organizing trays of gluten-free thumbprint cookies behind the counter at Sweetwater Harvest Kitchen. “Santa Fe is boomtown,” she says.

Yolanda was born in New Mexico’s capitol 67 years ago, and raised two blocks from the farm-to-fork joint where she waitresses. She’ll bring you a Buddha bowl or the house-made buckwheat granola when your stomach needs a break from smothered enchiladas and burritos, and she might school you on local history, too. Before the art scene burst open in the middle of the last century Yolanda says, “This was a small town.”

With a population of 84,099, Santa Fe’s still small by St. Louis standards. But "The City Different" packs tons of charisma – and more than a little magic – into its boot-shaped, 37.4-square-mile limits.

The magic starts at dusk with a painted sky. Multiple factors contribute to Santa Fe’s dramatic sunsets: The lack of oxygen at 7,200 feet, along with local ordinances limiting light and environmental pollution and atmospheric volatility. The stargazing isn’t bad either, and the viewing’s prime at Cross of the Martyrs, a 25-foot, 76-ton reinforced concrete cross on the fringes of the city’s downtown district, where you can check into some of the town’s best hotels, including the historic La Fonda on the Plaza, Eldorado Hotel & Spa and, our pick, Rosewood Inn of the Anasazi.

Commemorating the deaths of Franciscan friars and Spanish colonists, Cross of the Martyrs is a reminder that our nation’s second-oldest city is defined, today, by its incongruities. Christianity and native spirituality collide in a community that melds traditional and contemporary art movements — even the food is a little complicated.

Local grub is where your edification begins. We know it's only August, but when you’re seated at a round four-top in a drafty corner of the Shed, and your server leans over to ask the state question – “Red or green?” – “Christmas” is a smart answer.

“We’re one of the rare places that has its own regional cuisine,” explains Cynthia Delgado, director of marketing for TOURISM Santa Fe.

Founded on indigenous techniques and tweaked by Spanish colonists, Northern New Mexican fare gets its flavor from the chile, which looks like a hot pepper and is refined into sauce — though nobody calls the sauce sauce. It’s just chile, and if you’re interested in learning more, sign up for a class at the Santa Fe School of Cooking. If you’re sensitive to spice there’s no shame in ordering your chile on the side when lunching at Tia Sophia’s, another legit, family-operated joint the locals love, and the place where the term “Christmas” was originally coined by waitress Martha Rotuno in the Eighties.

Historical tidbits are hidden deep in the crevices of the city’s hallmark earth-colored adobes — but you’ll have to chat up the natives for the best stories. Start at the Palace of the Governors, the 400-year-old adobe on the Plaza, a designated National Historic Landmark and American Treasure housing New Mexico’s history museum. Indigenous craftsmen are stationed outside the building daily, hawking their silver, turquoise and beadwork via Santa Fe’s Palace Portal Program. You can also mingle with locals on Saturday mornings at the Santa Fe Farmer’s Market, located in Santa Fe’s hip Railyard, which is home to 13 contemporary galleries.

“Our native communities have protected and maintained their ancestral homes, unlike other native communities in other parts of the country,” Delgado says. Your visit isn’t complete without a day trip to one of the area’s eight pueblos. Taos Pueblo is most popular, and we recommend visiting on a Feast Day for traditional dancing and cuisine. Northern New Mexico is home to many native-owned golf courses, too, including Towa – located on the Pojoaque Pueblo – and Black Mesa, part of the Santa Clara Pueblo, and ranked among America’s top 50 courses.

Santa Fe is known for its art, and boasts 250 galleries — eighty of which are situated within three-quarters of a mile on Canyon Road, the city’s iconic and inaugural arts district. The Georgia O’Keefe Museum, located downtown, is another famous stop-off. After you’ve meandered through the downtown galleries and museums, swing by Museum Hill. We suggest exploring Santa Fe’s newest offering, the Midtown Innovation District, featuring Meow Wolf, a massive experiential exhibit that’ll have you feeling like you’ve crawled inside a Pink Floyd video.

Santa Fe’s nightlight reflects its mature demographic, with swanky music venues, including El Flamenco and El Farol, and a low-key Margarita Trail that launched last spring. Catch a show at The Lensic, which hosted the likes of Judy Garland and Roy Rogers in its heyday. Your best bet is to visit SantaFe.org for information on an array of renowned markets and music events happening year-round. We know it’s a lot to pack in! Soak away the day at Ten Thousand Waves Japanese Spa & Resort, and check out the award-winning spas at La Posada and the Inn & Spa at Loretto before settling in for a good night’s sleep — you’ll need it for tomorrow.