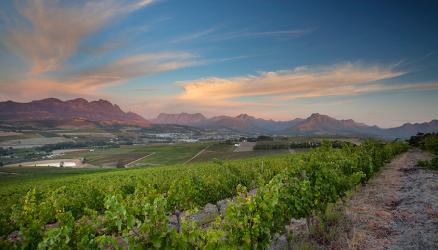 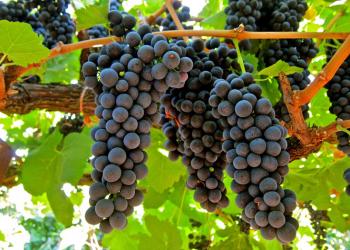 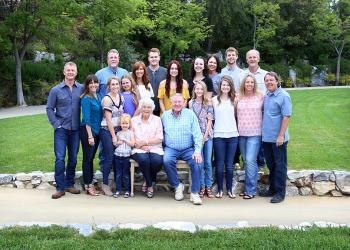 It's no accident that the foods signaling a traditional Thanksgiving are such late autumn staples as pumpkin, apples, Brussels sprouts, sweet potatoes, turnips and cranberries. Root vegetables and all kinds of squash – from acorn to butternut – are found on the menus of diverse restaurants around the country but are especially prominent in those restaurants where the produce is locally sourced and follows each season’s bounty.

They can be tricky to pair with wine…many of them have either a sweetness or bitterness that often works against wine, especially those wines light in flavor, with pronounced citrus characters or with big fruit. So, where to turn for the right libation?

On the white-wine side, the answer is Chenin Blanc. It is a lesser-known grape that, at its best, shows both tropical fruits and white flowers, like acacia. It should have enough fresh acidity to stand up to foods that might defeat other white wines – and many reds. When you add seafood to the mix of whatever dish is being served, such as a rich chowder with smoked clams as well as ham and enough pumpkin to give it an orange hue, as is served by Chef Carl McConnell at Stone Soup Cottage, then you’re truly in Chenin’s flavor wheelhouse.

While Chenin Blanc is a French grape that is usually grown in cooler climates, some of the best Chenin comes today from South Africa, where it is considered the country’s signature white wine. A textbook version of this wine, with all the aforementioned attributes, is Simonsig Chenin Blanc. It is made by one of the pioneering wine families in the famed Stellenbosch region just outside Cape Town and has been rightly praised for over-delivering on great taste at a modest price.

Another grape that works especially well with November and December holiday fare is Cabernet Franc. In France, this grape is included in red blends, particularly from the Bordeaux region, as it is a terrific mixer with Cabernet Sauvignon and Merlot. It is the third grape in what is known as the traditional Bordeaux Blend. Like Chenin, it grows particularly well in cooler climate wine regions and, also like the Chenin, it sprouts up in parts of the United States that are not considered ideal areas for grape growing.

Cabernet Franc has one distinctive characteristic that is the same whether the grapes are grown in Italy or New York’s Long Island vineyards – a spicy or bell pepper aroma and taste that is most apparent when paired with foods that have a peppery quality to them. Be it a turkey filled with a spicy sausage stuffing, with freshly ground black pepper on the turkey’s skin and inside the cavity, to a spicy take on Yorkshire pudding, with a generous amount of white pepper. But, Steak Au Poivre, with a creamy peppercorn sauce, is probably the ultimate pairing with well-structured, intense Cabernet Francs like Ironstone Vineyard’s Reserve.

The Kautz family, now in their third generation of born-and-bred California grape growers and winemakers, pick the Cabernet Franc grapes for their Reserve wine from their showplace property in rural Calaveras County, among the Sierra Foothills – home to Mark Twain’s famous “Jumping Frog” and the epicenter of the California Gold Rush of the mid-1800s.

Sweet wines can really add sparkle to the holidays on their own or when they’re paired with any number of desserts that have a ton of sweetness on their own. Some sweet wines would clash with desserts that already have a lot going on, such as a Chocolate Gateau with Caramel Gelato and Grand Marnier Sauce. While not exactly an unknown grape, Moscato, as it is made in Asti region of the Piedmont hills in its native Italy, is floral and fruity, usually with some acacia and honey accents.  But, the light fizz on the wine, as is the custom of most of the wines from this region, keeps it from being heavy and cloying. It is a perfect foil for desserts with diverse flavors – sweet and salty, with other pronounced fruit flavors like the concentrated orange of Grand Marnier.

Luca Bosio’s family has been growing grapes in the Asti region for many years and, more recently, making wines that have become well known for their freshness and bright fruit and floral flavors. He recommends tasting his Moscato d’Asti alongside any rich desserts with a chocolate base and preponderance of fruits and other sweet elements…it will seem like Christmas in your mouth, and you’ll thank the sugarplum fairies for this wonderful tasty treat.