Get Out and Play 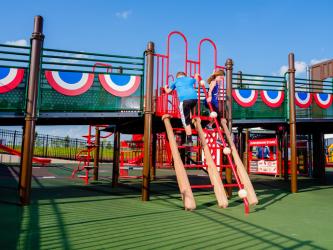 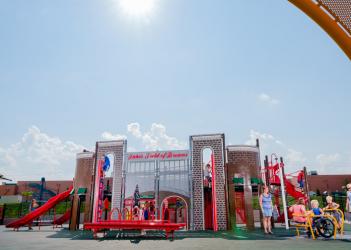 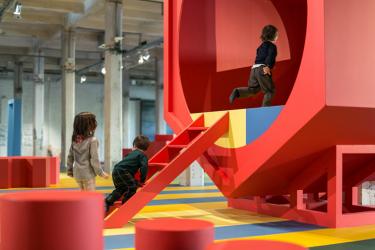 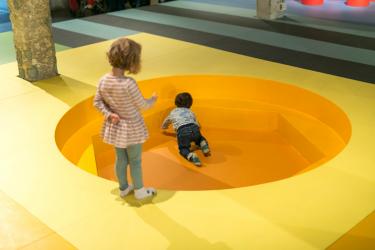 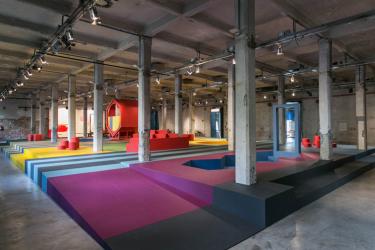 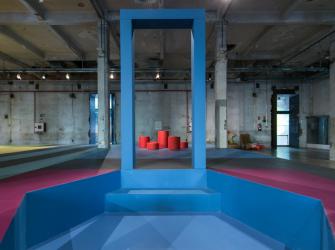 Clemyjontri Park, McLean, VA. Photos courtesy of Fairfax County Park Authority | The Clemyjontri Park in McLean, Virginia, gives children of all abilities the chance to play and experience a wide range of adventurous equipment. One of the most striking components of this playground is its Rainbow Room. The bright color scheme supports imagination and also helps younger children learn the colors of the rainbow, while the wide variety of colors gives the playground its striking appearance to passersby. This 2-acre playground features four outdoor areas that surround its centerpiece, the carousel. The Schoolhouse & Maze area promotes educational games that help children learn about the world, geography and time zones. The Moovin’ and Groovin’ Transportation Area has a race track, and it is designed with motorcycles, planes and trains with all young car lovers in mind. For kids with a love for sports and fitness, the Fitness & Fun Room provides a large jungle gym to promote children’s physical strength, (not to mention that it’s sure to tire them out!) In 2010, the park raised enough funds to install the first Liberty Swing in Virginia. The Liberty Swing allows children in wheelchairs to swing without being transferred from their wheelchair to the swing itself. Clemyjontri Park is an enthusiastic, eye-catching park that has something for everyone.

Landscape for Play, Madrid, Spain. Photography courtesy of Aberrant Architecture | When thinking about an area to build a playground, a former slaughterhouse is not the first place that might come to mind. However, Aberrant Architecture took on the task of transforming the old slaughterhouse space into a colorful and vibrant playground based on the work of Dutch architect Aldo van Eyck, who primarily worked in Amerstadam after the second world war. Van Eyck was known for using geometric shapes to create a terrain that would best stimulate imagination, human interaction and play. The large shapes that make up the terrain are painted in bright colors such as red, yellow, green blue and black, all of which are references to postwar graphic design also commonly seen in van Eyck’s work. While the colors are also a nod to the architect’s work, their vibrancy allow for a stark contrast with the industrial architecture of the old slaughterhouse building. The building itself is now called the Intermediae exhibition space, and Landscape for Play is only the second playground to be incorporated in the building. Having projects like these playgrounds give a new role to children in cultural institutions.