Beauty in the Broken 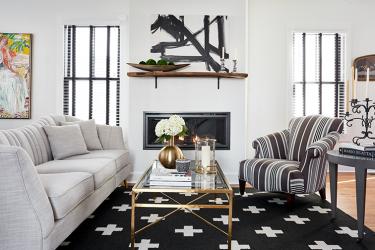 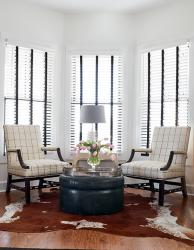 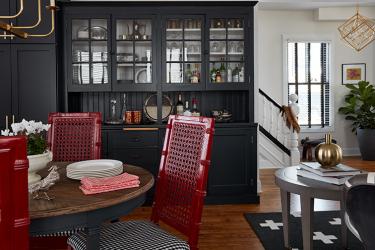 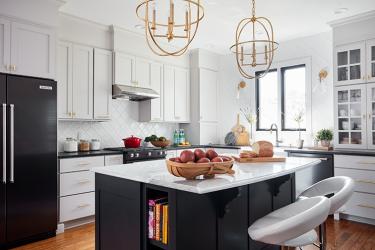 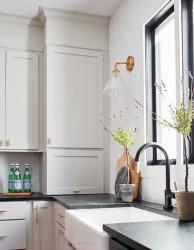 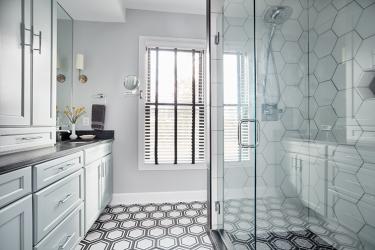 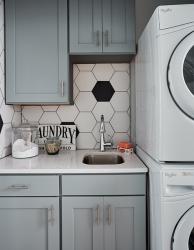 While moving to Virginia three years ago with her partner, Dan Stanton, St. Louis interior designer Joni Spear spotted a beautiful historic home nestled in the historic district of Smithfield. Built in the 1890s, the Queen Anne Victorian home had been sitting on the market for years. It was easy to see why it was a tough sell. The shotgun-style three-story home had undergone a bad remodel that was dark, dreary and stripped of its historic charm. Authentic architectural features including the original pocket doors, the Victorian-era millwork and even the fireplaces had been ripped out. For Joni, however, this was the biggest asset.

“I knew we could keep the shell of the home and create a space that functioned for us,” says the designer, owner of Joni Spear Interior Design. “After living in Clayton for 20 years, we became so accustomed to shopping and eating within walking distance of our home. We were drawn to the walkability and charm of this historic district. Our back yard has a beautiful marsh and across the street is the Pagan River, which feeds off the Chesapeake Bay,” she adds.

The original home had three rooms on the first floor, but they had been opened into one lengthy room with a long, useless hallway. By removing large wall sections of the hallway, Joni was able to create an even more open-concept space. One unique feature that remained intact was a double stairway—one entering from the front of the home and the other from the back—that meets at the top of the second floor. This was what attracted Joni most about the home.

“When designing spaces for myself or clients, function is my main priority,” she says. “Kitchens and bathrooms must work purposefully in any remodel. My other objective is to use the existing real estate—in our case, it was the height of the rooms.  Bringing cabinetry up to the ceiling draws your attention upward and offers more storage. I also like to add quirky characteristics or historic elements that may have actually been in the home,” she notes.

In the kitchen, Joni removed an enclosed laundry room and opened the wall to house an island. She added the glass-front dish cabinet to function like a piece of furniture, and by bringing the corner cabinet down to the counter, she created lots of storage and space to house larger kitchen appliances. For the dining room, she purchased a butler’s pantry at an architectural salvage warehouse and had it painted the same charcoal and navy hues as the new custom broom closet and pantry.

“Combined, Dan and I have five children, two of which have spouses and the younger two are in college,” says Joni. “However, most of the time it’s just the two of us. We needed space that would function for a couple but also be able to accommodate the rest of the crew when they visit. It was so exciting to design a kitchen with a large island that opened to the rest of the home—this is our favorite spot. Regardless, if it’s just us or family and friends, we both enjoying cooking and looking out into the back yard,” she adds.

The living room features a pair of chairs that were inherited from a friend five minutes before the couple left St. Louis. Joni had them reupholstered, and now, the area functions as a great reading nook that faces the front porch. The black ribbon tape on the wood blinds is a small detail that adds a big punch.

“We also replaced all the windows in the house with new ones and painted them black,” says Joni. The historic board was a bit apprehensive, but in the end, they reneged and now everyone refers to our house as the one with black windows,” she laughs.