Despite the glamour of celebrities and royals and the luxury of their villas, it’s the barefoot way of life in Mustique that captivates.

Photography courtesy of The Mustique Company 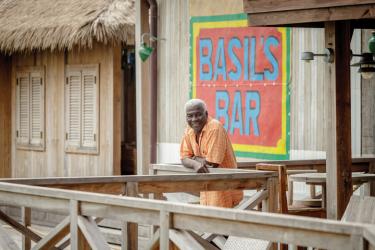 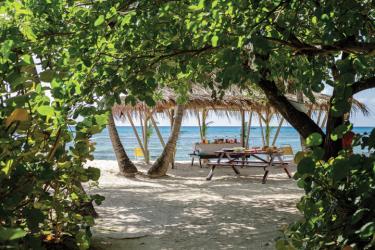 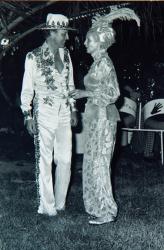 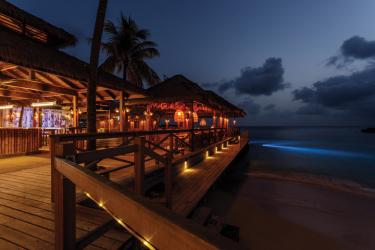 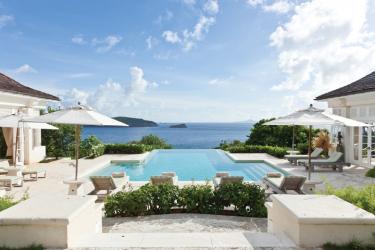 The small island of Mustique in St. Vincent and the Grenadines is unlike anywhere else in the world. The hundred or so private villas on Mustique dotting the hills and private beaches are blanketed by mangrove, subtropical shrubs and climbing vines, so obscured that overall the island looks like a lush wildlife sanctuary. There are no traffic lights, no billboards, no street signs or visible power lines, no night clubs or golf courses (hop a 10-min. flight to neighboring Canouan Island for that) and, most importantly, no paparazzi allowed. Mustique has a story to tell. In 1958, an eccentric, irascible scot named Colin Tennant (later Lord Glenconner) bought the island—then virtually uninhabitable—for a mere £45,000 after admiring it from his boat. His vision was to develop “fantasy island” that would lure his aristocratic friends to visit and build villas.

In the 1960s, development on the island began in earnest. As it happened, Lord Glenconner and his wife Anne, Lady in Waiting to HRH Princess Margaret, hosted the Princess who instantly fell in love with the island. As a wedding gift for her marriage to Antony Armstrong-Jones, Lord and Lady Glenconner offered up ten acres at the south tip of the island to build her villa, Les Jolies Eaux.

Other British royals soon caught on. The relaxed, barefoot paradise away from their otherwise very public lives was indeed a lure—Queen Elizabeth and Prince Phillip, Prince Charles and the Duke and Duchess of Cambridge are some that have vacationed here.

Locals call Mustique Island a community, not a resort, and it remains on the hot list today because it has adopted Colin Tennant’s Bohemian spirit as its own. It was this mix of escapism and grit, in a world caught between vacations and real life, that also attracted celebrities and business tycoons wanting the sun and the sea minus the razzle dazzle of, say, St. Barts. Mick Jagger, Bryan Ferry, Bryan Adams, Tommy Hilfiger and David Bowie all built villas here.

For architectural direction in the early days, Tennant enlisted Oliver Messel, a British stage designer and, coincidently, the uncle of Antony Armstrong-Jones. Messel designed all the first villas on the island, including Les Jolies Eaux. Today, villa architecture varies according to individual homeowner preferences, but Messel’s signature style is preeminent.

The island is now owned and governed by the Mustique Company, which in turn is owned by its 104 shareholder-homeowners. At present there are 75 privately owned villas, complete with chefs, butlers, housekeepers and gardeners, that are available to rent throughout the year.

There are two hotels: The 7-room Firefly, perched at the top of a hill overlooking Britannia Bay is known for its boho funkiness and the best sunset views from Patrick’s Bar. The 18-room Cotton House (currently offering a new “Stay for 7-Pay for 5” package through December 2020) is the original Messeldesigned building on the island. Besides the dining options—the Veranda and the Beach Café and Bar—The Great Room Bar is the hotel’s social gathering spot, especially for the Mustique Company-hosted cocktail parties that happen every Tuesday. Cocktail parties are a way of life in Mustique. In earlier years, the late publisher Felix Dennis (who bought David Bowie’s house) voiced his opposition to building a larger runway in place of the airstrip near the hotel, “Besides the noise, putting lights on the runway would destroy cocktail hour.”

If the relaxed lifestyle is the heartbeat of Mustique, Basil’s Bar is the soul. The beachfront open-air pavilion is a cluster of hippyfied bamboo huts with a recent Balinese-style up-do by Philippe Starck. Potent cocktails, a Caribbean-influenced menu and live blues make for informal socializing. In late January, A-list musicians and blues artists perform at the annual Mustique Blues Festival, where a Mick Jagger sighting is not uncommon (although it’s treated as no big deal, this is Mustique after all).