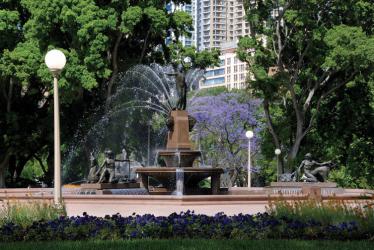 Photography by Paul Patterson, courtesy of the city of Sydney 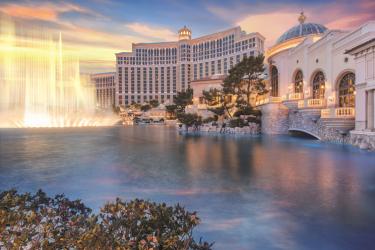 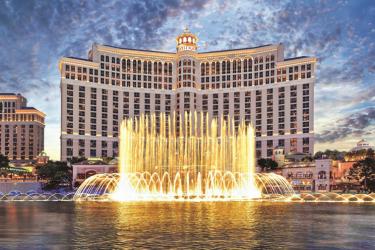 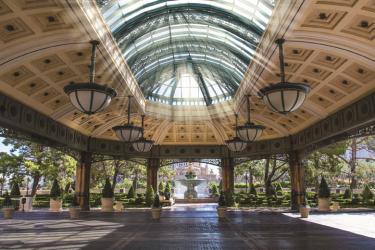 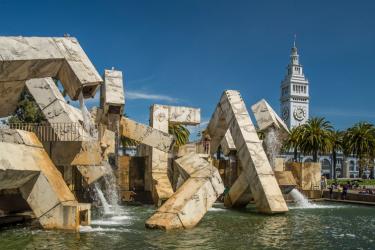 J.F. Archibald Memorial Fountain, Sydney, Australia | Photography by Paul Patterson, courtesy of the city of Sydney: French and Australian culture meet at the Archibald Memorial Fountain in Hyde Park, Sydney. J.F. Archibald, the owner and editor of Bulletin Magazine and the fountain’s namesake, wished for the fountain to be built by a French sculptor to memorialize the relationship between France and Australia during World War I. Sculptor Francois Sicard used themes from Greek mythology to symbolize peace in the world following the war's end. Sicard used a lost-wax process to create the bronze sculptures of Apollo (who gave life to all nature), Diana (who brought harmony to the world), Pan (who watched over the fields and pastures) and Theseus conquering the minotaur (who symbolizes sacrifice for the good of the world). Though mainly chosen to symbolize relations between France and Australia, Archibald’s choice to use a French sculptor also came from an acquired interest in modern French culture, which he admired for its “clarity of thought and resourceful originality.” Completed in 1926, the J.F. Archibald Memorial Fountain is an important example of the classical revivalist Art Deco movement in the 1920s and 1930s.

Vaillancourt Fountain, San Francisco, California | Photos courtesy of San Francisco Recreation and Park Department: The Vaillancourt Fountain in San Francisco, also called The Quebec libre!, opened to the public in 1971 after being designed by Quebecois artist Armand Vaillancourt. Located in the Justin Herman Plaza, the fountain is a product of San Francisco’s redevelopment in the 1950s and 1960s. Wanting to design functional artwork that anyone from the public can enjoy, Vaillancourt made sure to include two walkways with stairs so that visitors can stand between the tubes and have a view overlooking the plaza and the city. A series of platforms by the edge of the pentagon-shaped pool allows pedestrians to enter the fountain and stand behind the falling water. Constructed of precast concrete square tubes, the fountain’s textured appearance helps convey a sense of roughness that accompanies urban areas, and it provides hope for a better, more connected tomorrow. Forty feet high, the structure was designed to pump up to 30,000 gallons of water per minute. Visit this fountain any time as it is easily accessible to the public and remains open at all times during all conditions!

Fountains of Bellagio, Las Vegas, Nevada | Photos courtesy of MGM Resorts International: Since unveiling in 1998, the iconic Fountains of Bellagio have performed more than 180,000 times before millions of people from around the world, acting not only as a daily attraction but also as a movie set, concert stage and playground. WET, a design firm specializing in inventive fountains and architectural water features, handled the design of the fountains and continues to design the choreography of all new songs. Its carefully choreographed light and water show dazzles visitors every 30 minutes in the afternoons and early evenings, then every 15 minutes from 8 p.m. to midnight, highlighting musical genres such as opera, classical, Broadway and pop. Set in an 8-acre man-made lake, the fountain’s 1,200 nozzles and 4,500 lights make every night a spectacle that Las Vegas visitors and locals alike can enjoy for free. Each show strives to be unique in its expression and interpretation of the selected music, so if you’ve seen the show before, consider revisiting the Fountains of Bellagio for another amazing and original experience!