A Labor of Love

Harald Boerstler revived a home built in 1917, all the while creating a small but mighty garden oasis. 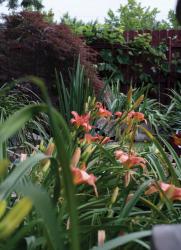 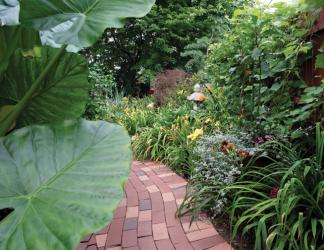 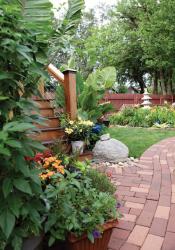 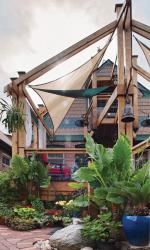 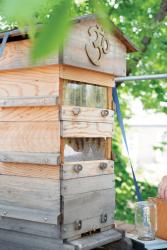 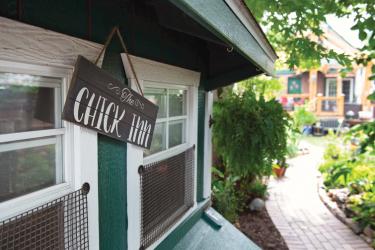 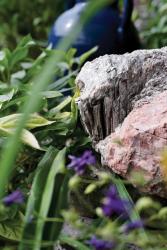 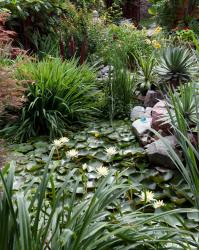 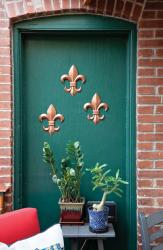 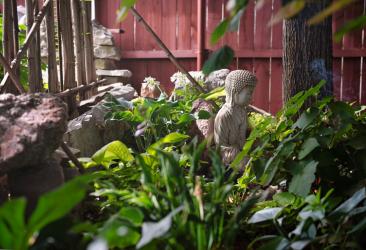 Harald wasn’t just digging in the dirt to create his masterful landscape. He was whacking away at concrete and hauling it off before he could even think of planting a single shrub.

His backbreaking project began in 2001 when, from the probate court, he purchased a house in south St. Louis very near the Missouri Botanical Garden.

The house needed help, but Harald was attracted by the price, the location and the fact that it was built in 1917. “I like older houses,” he explains. But for Harald, who says “gardening has been a part of my life since I was born; my mom is a gardener,” the back yard was a major drawback. “It was almost totally concrete.”

Oddly enough, the remodeling of the house and the creation of a garden complemented each other. Harald was uniquely qualified to take on the dual roles. Growing up in Johnstown, PA, and from a construction family, he came to St. Louis to study architecture at Washington University and stayed. He currently works as a construction administrator for an architectural firm.

The house “was not livable,” he recalls. “I spent the first six months tearing everything out. It was two more years before I moved in. I was doing all the work myself.”

While he was transforming a three-bedroom, one-bath home into a two-bedroom, one-bath home, he ripped up concrete and began designing his back yard. “I relaxed by being in the garden,” he says. “It helped me get through the construction.” As would befit someone with architectural training, Harald had a master plan as to how he wanted his garden to evolve. His original sketch “pretty much stayed intact other than I didn’t get to build a garage in back due to easements.”

He has a knack for repurposing the things he comes across in the course of his work and his leisure activities. Recovered brick makes up the walkways that wind through the garden. The cobblestones that line the beds came from a construction site and were about to be thrown away.

Harald created the 4-foot-high waterfall that flows into a pond glimmering with shining goldfish and yellow waterlilies from the mounds of dirt that resulted when he dug out the pond. The chickens that first took up residence in his apply named “Chick Inn” five years ago came by way of an acquaintance who was moving and couldn’t take the chickens to a new home. The current residents of Harald’s now more-secure poultry palace came to live there when the original residents were “taken out” by a quick strike from the foxes that hang out just down the street at the Botanical Garden.

The only plant material re-used in his yard was a small redbud tree at the back of the lot that had escaped the concrete covering. To that he added sugar maples that were “sticks from Lowe’s” to remind him of his boyhood home near the Allegheny Mountains, a tulip poplar and a red plum to create a rear-yard shade garden.

The geometrically fascinating, two-level deck at the back of his home clearly shows Harald’s architectural talents, which are even more evident in the triangular shades he designed and made from sail cloth. Rigged as though they could by flying from the prow of a ship, they have helped create additional and artistic living space adjacent to the brick bungalow.

Another thing to know about Harald, when you view his garden, is that he is a collector and a man of multiple interests. Daylilies are a passion. He has 97 cultivars in his small garden, actively assembled through his membership in the West County Daylily Club of which he has been president. His garden beds are numbered so he can keep a record of which daylily cultivars are planted where. A fascination with geology has led him to collect rocks from all over the world. Crystals and minerals decorate his garden. Small rocks come back on planes. “When I travel by car, the car is usually weighed down on the return trip,” he quips.

He also collects sand. His interest began when he returned from Cancun in the 1980s with a sand sample in a foil canister. He now has 380 sand samples from all over the world displayed in racks of test tubes, so the myriad of differences is clearly visible. “When friends travel to exotic places, I usually find a baggie of sand at my front door saying where it came from. “The variety of colors is all over the charts. It is a fun and inexpensive hobby that is better than another t-shirt,” he points out.

In the warm summer weather, his collection of desert roses (Adenium obesum) comes out to the garden in pots that dot the landscape. The succulents resemble small bonsai plants with thick, swollen trunks and clusters of trumpet-shaped flowers that bloom in bright shades of pink, red, purple and white. “I saw one in a catalog was intrigued by it,” he explains. A collection of Asian garden statuary adds an additional dimension to his landscape.

In the past three years, his interests have encompassed bees. They reside in hives atop the garden shed. “That way they don’t take up space in the garden and no one in the garden is going to stumble on the hive and get in trouble. I don’t touch the bees,” he explains. “I am raising them for pollination.”

In recent years, his garden has expanded to the alley behind his home, where he has created a butterfly garden for all to enjoy.

If all those interests weren’t enough, when he is not working or in the garden, Harald plays the tuba in a concert band and also is a bagpiper. “Every year I come down the stairs at the Botanical Garden and pipe open the Daylily Club sale,” he says.

While for Harald, gardening is a life-long passion, he has practical advice for those just starting out. Pay attention to the amount of water plants need and make multiple trips to the Missouri Botanical Garden to see what is flourishing there in our difficult climate. “A lot of the things sold at the big box nurseries don’t do well here,” he advises.

All the labor it took to create his garden has been well worth it in what the garden has given back to him, Harald affirms. “I use the garden as my therapy,” he explains. “I can have the most stressful day at work and all I have to do is get some dirt under my fingernails and all the stress goes away.”