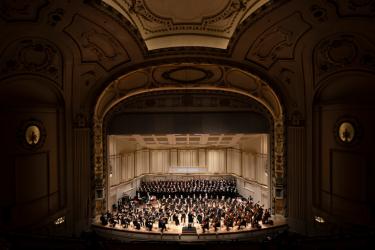 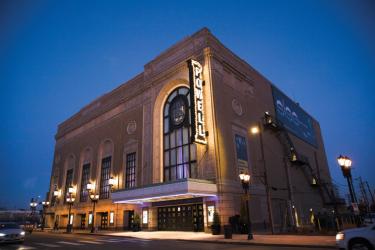 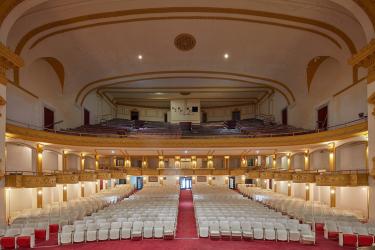 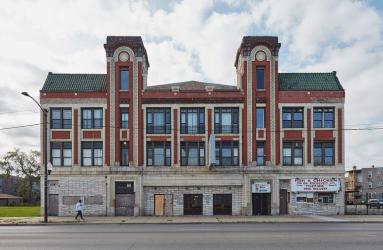 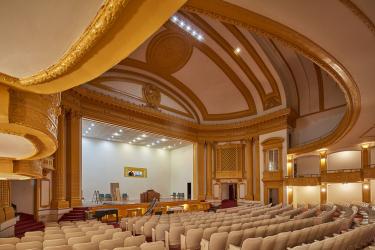 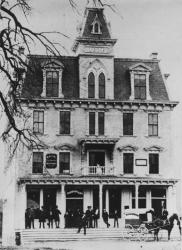 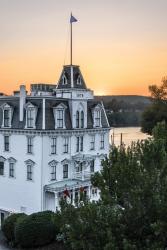 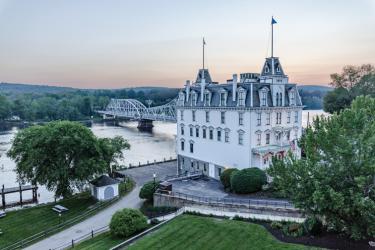 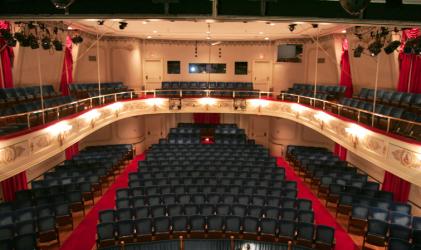 Originally erected in 1925 as a live acting and motion picture theater, St. Louis’s Powell Symphony Hall holds a wealth of architectural and entertainment history as the home of the nation’s second-oldest symphony orchestra. Acquired by the St. Louis Symphony Society in 1966, the 2,689-seat concert hall underwent an extensive $2 million dollar renovation led by principal architects of St. Louis architecture firm Wedemeyer, Cernik & Corrubia. The renovation restored the hall to its former glory while updating important acoustic and lighting features needed for its new purpose. The classic red, gold and creme color scheme of the Wightman Grand Foyer mimics the lavish European elegance shown in major historical buildings such as the royal chapel at Versailles. Another nod to St. Louis’ French influence is a large stained-glass window in the front facade featuring Saint Louis IX, King of France, which is spectacularly illuminated on concert evenings. Powell Symphony Hall is the focal point of St. Louis’ multi-million dollar performing arts district revitalized by the Grand Center Redevelopment Project, an initiative to revive the surrounding area’s cultural heritage. It claimed its place in the National Register of Historic Places in May, 2001.

The Central Park Theater is one in a chain of successful theaters built by Chicago architectural firm Rapp and Rapp, the main architects responsible for the many iconic theaters in the Balaban and Katz chain as well as Paramount Pictures. The Spanish Revival building was finished in 1917 and was added to the National Register of Historic Places in 2005; its outer design features two prominent towers on its front facade decorated with red brick and terra cotta, materials indicative of this classic design style. Reportedly the first theater of its kind to house mechanical air conditioning, the Central Park Theater allowed viewers to enjoy its artistic displays year-round, especially during the steamy summer months. The building itself houses a plethora of history as one of the few remaining Lawndale businesses from the early twentieth century, and it’s served the community as a cultural hub for over one hundred years, first providing entertainment to the surrounding Jewish community and then to the African-American community that replaced it in the 1950s. Converted to a church space for the House of Prayer, Church of God in Christ in 1971, the theater now serves its community in other ways while still exhibiting beautiful architecture. Despite its listing on the National Register of Historic Places, the building faces an uncertain future; to learn more about preserving this cultural landmark, visit centralparktheater.org.

Built first in 1876 by William H. Goodspeed, a shipping and banking magnate and avid theater lover, the Goodspeed Opera House stood grandly on the banks of the Connecticut River as a bustling center of commerce. Not only did it house the original theater, but also professional offices, a steamboat passenger terminal and a general store. However, the building endured a period of neglect and deterioration until being restored to its former glory in 1963 after being threatened with condemnation in 1958. Once marked for demolition, local preservationists took an interest in the building and began the Goodspeed Opera House Foundation in the following year, dedicating time, money and effort into restoring and reviving the once popular theater.  Now, it continues Goodspeed’s work to revive past musicals and introduce new, up-and-coming shows to the stage. Located on the fourth floor within a Victorian-style building, which happens to be the tallest wooden structure along the Connecticut River, a new stage was built over the previous during the theater’s revival. The Goodspeed owes much of its success to Michael Price, director from 1968 to 2014, under whom the Goodspeed transformed from a struggling entity into a non-profit arts organization with a mission to continue the founder’s original work.