A Home With a Heritage

Transforming a historic barn into a modern home began with a commitment to the environment. 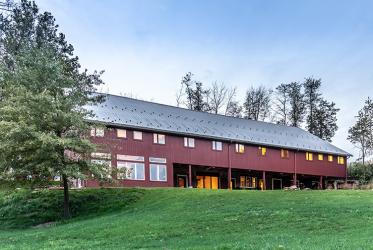 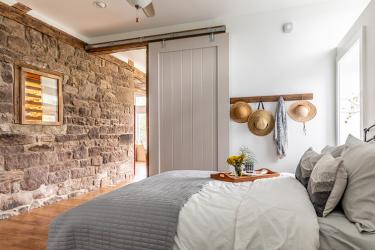 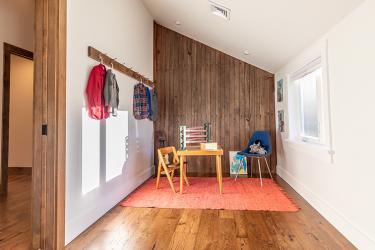 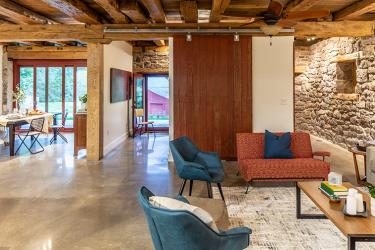 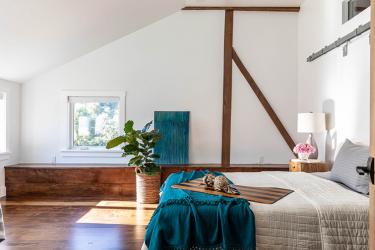 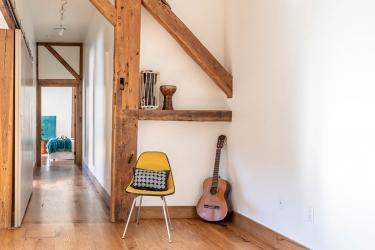 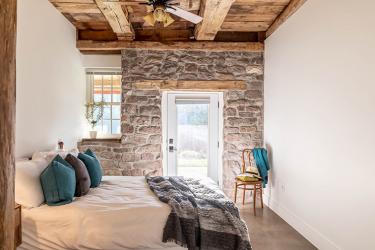 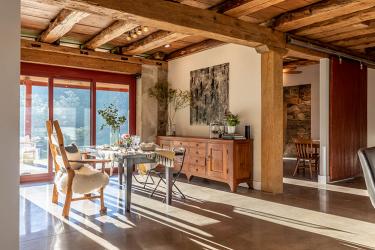 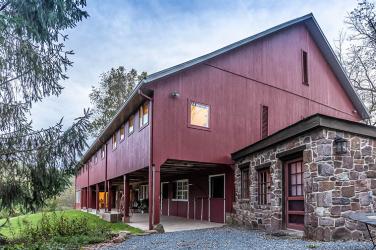 When Chris and Julia Montroy, a husband and wife design team living in St. Louis, began the years-long project to transform a portion of her family’s 200-plus-year-old bank barn in Lancaster County, Pennsylvania, into a modern home with full amenities, they didn’t just want to make it warm and functional. They wanted to preserve its centuries-old details for future generations to discover—like how sunlight moving through the space creates a magical feeling as it bounces off the beams or how past relatives once used an old license plate to patch a hole in the wall.

“It was a project of passion,” said Julia, a founding principal at DTLS, a landscape architecture and urban planning firm.

Although the couple’s driving focus was to maintain the structure’s heritage, a top priority was to do it in a way that protected the environment. They installed geothermal for heat and solar fields for electricity; they reused materials wherever possible—troughs became benches, barn doors were re-purposed on track systems to create flexible walls, and the wood exterior siding that was removed was added to the interior space to create feature walls. Even the wood that was used for flooring on the second story was harvested from the surrounding forest over the course of a decade and dried in the barn.

Outside, the Montroys were equally as careful. “We have been working for years on restoring the wetlands in the area because it is part of the Chesapeake watershed, and it’s really important that we are not dumping more water, which is part of reusing the existing structure and not adding more pavement or more roof,” Julia explained.

The family also has been working with the American Chestnut Foundation on a reforesting project on the farm, where the wood was once prominent. “We believe a lot of the barn’s beams are made of chestnut wood,” Julia said.

Finding the right contractor for the job proved challenging. Most had never done any kind of work like this before. “They had done a lot of erasure, but we wanted to archive it, even down to the bird nests on a beam,” said Julia, noting they actually left the nests in place and clear-coated them. “Barn swallows are big in this area, so it’s all part of the story,” remarked homeonwer Chris Montroy, AIA, of Fox Architects in St. Louis.

The Montroys took a utilitarian approach to the interior design of the space, preserving existing walls and only adding new ones where necessary. They made a point of leaving the simple beauty of original construction techniques exposed, details like the joinery, hand-hewing marks on the beams and stone walls. They also saved the family’s own markings, places where relatives had scratched into the wall to indicate the amount of grain bags that were being stored each year.

For years the barn’s massive forebay has served as the venue of choice for family events—weddings, baby showers, memorial services. Now that will continue for generations to come.