More than a Business

Baking dreams are made possible with the support of family. 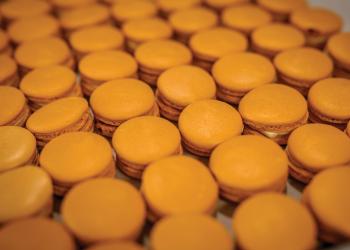 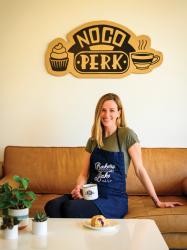 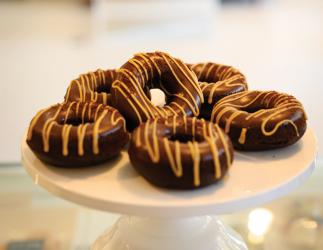 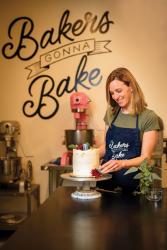 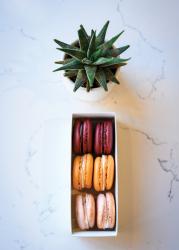 St. Louis native Lia Holter says one of her earliest baking memories was when she was around four years old. Every holiday, she used to bake hundreds of Italian Christmas cookies rolled with sesame seeds with her family.

“My mom always cooked us dinner,” Holter says. “My family would sit at the table and eat dinner together. The kitchen was where we hung out and played games, and I was drawn to be there.”

Holter knew she wanted to be either a baker or a chef, and she could often be found in the kitchen experimenting with recipes.

“My parents bought me my first KitchenAid mixer when I was in eighth or ninth grade,” Holter says. “My family didn’t have a lot of money, so that was really special. I’ve had the mixer for the longest time. Without it, I probably wouldn’t have been able to make half the orders that I’ve done.”

Holter also had an interest in marketing, which motivated her to get a business degree from Fontbonne University, as well as attend culinary school at St. Louis Community College-Forest Park. “After I graduated, I taught a few classes at Forest Park,” Holter says. “They reached out to ask me if I would, so I taught the cakes class there.”

In 2012, Holter started her Facebook page for her brand, Made by Lia. She began her business baking out of her apartment where she started getting into decorating wedding cakes.

One day, Holter found out about the TLC Next Great Baker auditions. In 2014, she was announced the winner of the competition.  “I had the opportunity to work for Buddy the Cake Boss (Buddy Valastro) in New Jersey, but I knew I’d rather stay in St. Louis and be with my family,” Holter explains. “We have a really tight-knit community, and it’s very supportive to all the small businesses in the area.”

Holter’s husband works on the bakery’s finances outside of his full-time job, and she has 15 staff members who help run the operation. “I know this is Made by Lia, but it’s way more than that,” says Holter. “I wouldn’t be able to do this without them.”

Holter hopes they can continue to grow their fan base. She notes there is around 2,000 square feet of extra space in the basement where she could eventually expand.  “It’s been a fun journey. It’s crazy to see how far I’ve come from being just a little kid with a dream."