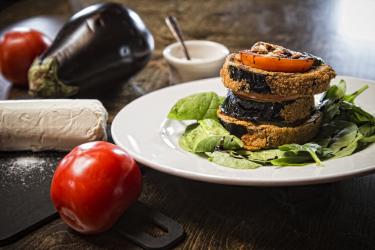 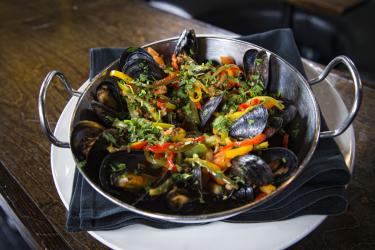 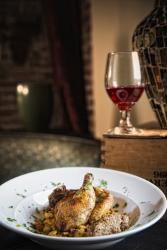 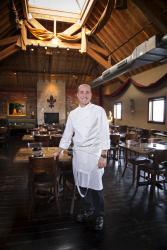 You’ll find a lot of France and a little bit of Disney at Vin de Set. The French influence is on the plate. The Disney is in the attitude, a can-do approach to whatever diners request.

Chef Ivy Magruder offers three versions of his menu, including one that’s vegan-friendly and one that’s gluten-free. “Probably only 5 percent order off those menus, but that’s enough to warrant the extra work,” says Magruder, who learned the importance of catering to guests when he cooked in Orlando at the Flying Fish Cafe, a restaurant he describes as fine-dining, Disney-style. If a diner wants something that Vin de Set’s kitchen lacks, Magruder will dispatch a staffer a few blocks to sister restaurant Eleven Eleven. “We beg, borrow, cheat and steal from Eleven Eleven,” he says.

At first, Vin de Set was “an American twist on a French bistro,” Magruder says. “That was a safety net we didn’t need.” They dropped the American accent about three years ago.

He’s honed the menu with the help of three visits to France. “Chefs were inviting us into their kitchens,” he explains. “They could not have been a nicer group.”

Back home, he relies on Vin de Set’s servers to tell him what patrons like and what they would like to see more of. “I try to keep my mouth shut and my ears open more, the older I get,” he says.