Big or small, water features are popping up in landscapes all around the St. Louis area. 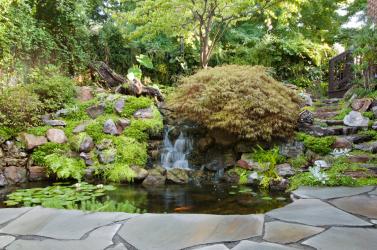 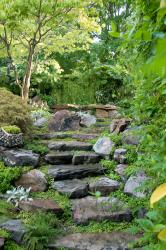 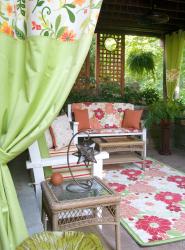 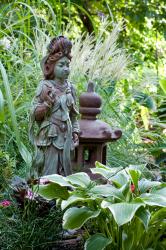 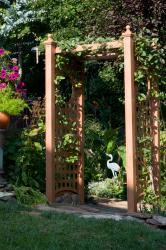 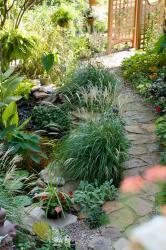 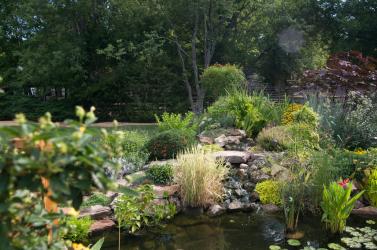 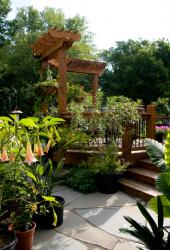 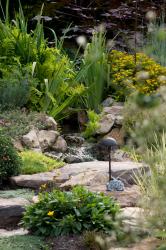 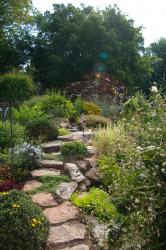 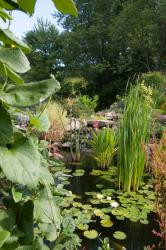 If you are looking for that holiday gift for someone who has everything, you might think about picking up a pond. Whether it’s hardly bigger than a puddle or large enough to swim in, people who have added ponds or waterfalls to their landscapes are passionate about the way a simple little (or big) water feature has changed their lives. They use words like “tranquility” and “peace” and “world away” to describe coming home and simply sitting beside some bubbling water.

For the adventuresome there are pond kits and pond stores that sell kits, pumps and can offer advice to do-it-yourselfers. For those who are less daring, pond and water feature contractors can provide the ideas and do the digging. No matter how small the space, adding a water feature to a landscape can have a major impact.

As a principal in family owned Bauer Falls LLC, Caleb Bauer spends his days creating fabulous water features in other people’s gardens. But the project that he calls his “ultimate playground” is the waterfall in his own backyard in west St. Louis County. Working in a fairly confined space, Caleb had created a lovely waterfall, but “it looked like it was coming out of a fence,” he explains, describing the topography between his and his neighbor’s yard.

Two years ago to remedy the problem, Caleb experimented with what he calls “a living wall” between 5- and 7-feet tall varying with the slope of the land. Constructed using heavy wire cattle panels (a type of fencing used in feed lots) and wood beams, he filled the structure with soil until it was solid enough to walk on. He topped that structure with landscape fabric, cutting slits in the fabric to insert plants. He was inspired, he laughs, by listening to the Cardinals broadcasts during the 2011 World Series, adding a “Go Cards” sign to the construction site.

Now in its second year, the living wall gets more spectacular with time as plants grow and fill in. "My neighbors love it so much they’ve told me I have their permission to extend the wall into their yards,” he adds, noting that “living walls” are an ideal way to create lush landscapes in small spaces. “You can do so much with a little area and it really makes you feel fantastic.”

Dyann Dierkes and Mickey Reynolds are big fans of water features; each had a small one at previous homes.  When they became engaged and moved into their current home in Fenton, it naturally followed that they would work together on a joint project. “We thought it would be fun to build one together,” says Mickey.

They looked at the area and mapped out their ideas but also decided to get some professional help by way of Joe Summers and Chalily Ponds and Gardens in Manchester.  “Joe came out and gave us some good hints. We bought a pond kit from him, and it just all progressed from there,” explains Dyann.

The couple worked on the project for two months, adding plants, statuary and even an outdoor living room with speakers for the right mood music. That was just one year ago and already the project looks as if it had been in place for years. Agreeing that they both have green thumbs, they have nurtured both the plants and the fish now in their pond with attention, water and food. The sound of the waterfall, the beauty of the aquatic plants and the colors of the fish add to the lushness and tranquility of the setting.

Their joint project is something both love 12 months a year. Even in winter they operate the pump, keep water flowing, and take pleasure in the sound and sight of their garden. “It’s absolutely beautiful with snow on it,” says Dyann.

Chuck Brust’s project began with a deck, a flat yard and a wish for a water feature “that sounded like a mountain stream.” He ended up with a room-sized, 18-by-15-foot pond fed by a 15-foot stream that’s transformed his backyard into a water wonderland.

Caleb Bauer of Bauer Falls, who constructed the piece of paradise for plants, fish and humans alike, tucked the edge of the pond under the deck so that, as Caleb explains, “looking down from the deck all you see is the pond.”  Excavating such a large space meant there was plenty of dirt available and Caleb used it combined with rock and boulders to create the elevated stream and 3-foot waterfall that flows into the pond. A stepping stone path leads to a stone bridge spanning the stream and provides a handsome contrast to the grasses, mums, coreopsis and annuals that line the way and soften the hard edges of the stone.

In addition Caleb constructed stone steps that allow Chuck, a hands-on Master Gardener, to walk directly into the pond and tend to the water lilies and other aquatic plants that flourish in its 3.5-foot depth.  “They allow me to treat the pond like any other garden bed,” Chuck says.  “I go in weekly to trim and deadhead just like I do in my terrestrial beds.”  The project also included a ground-level patio, where Chuck is able to utilize a series of containers to grow and display a wide variety of tropical plants.