Carrying on the culinary tradition their parents started in 1989, the Pietoso brothers along with childhood friend and chef Jon Berger are dishing up house-made pastas at Town & Country's Napoli 2. 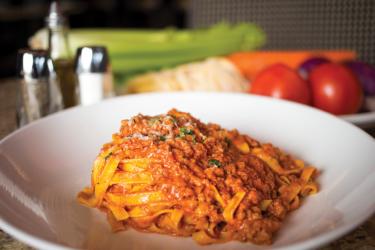 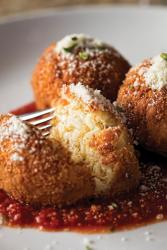 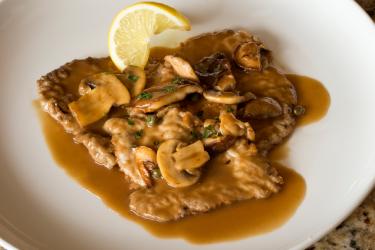 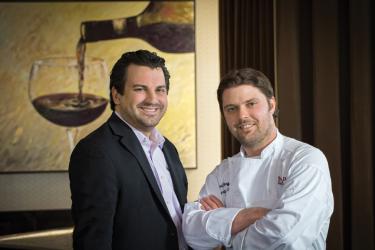 Ande and Tye Pietoso were born into the restaurant business. Jon Berger arrived as a young teenager and never left.

The Pietosos’ parents, Tony and Kathy, opened Cafe Napoli in Clayton in 1989, when Ande was 8 years old and Tye was 6. “We’d fall asleep under the booths and wake up in our beds,” Ande Pietoso says. As the boys got older, they began to help out at the restaurant. “Our friends – they knew if they wanted to be our closest friends, if an employee didn’t show up one day, they were going to be there busing or washing dishes,” Pietoso says. Berger was Tye’s friend, and he answered the call for help. “I started as a dishwasher,” he says. “We were probably in 8th grade.” His occasional shift as a dishwasher evolved into a career, and he’s been cooking at the Pietosos’ restaurants ever since. He’s now executive chef at Napoli 2, which opened in 2008 in Town and Country.

Napoli 2’s menu changes with the seasons, and all the pastas are made in-house. Lasagna is one of the most popular dishes, Berger says, even though it’s only on the menu during the cold months. Year round, however, if a diner with a craving for lasagna requests it in advance, Berger will prepare it as that day’s special.

Berger enjoys crafting menus and developing recipes. One of Napoli 2’s regulars is a businessman who likes to arrange dinners featuring a surprise ingredient, which Berger uses throughout a five- or six-course dinner. The featured ingredients have ranged from bacon to octopus to lotus root.

Berger learned on the job, and he scours cookbooks, magazines and YouTube for inspiration. “The best thing about Jon, it’s not like it’s a job for him; it’s a passion,” Pietoso says.  “That makes it fun for us here.”

A taste of the cooking school Menu
•  Arancini: These stuffed, flash-fried risotto balls are always on the menu, but the stuffing and saucing changes nightly. Berger will shape chilled risotto around a mixture of mozzarella, Fontinella, Parmesan and Gorgonzola cheeses, then serve the arancini with house-made tomato sauce.

•  Tagliatelle Bolognese: Long, flat strands of house-made pasta are served with a traditional meat sauce. A grating of Parmesan and dusting of chopped parsley are the finishing touches.