You Say Syrah, and i Say Shiraz

Exploring the grape with many names. 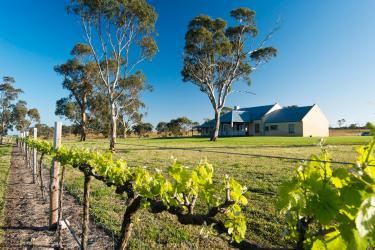 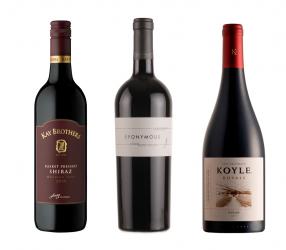 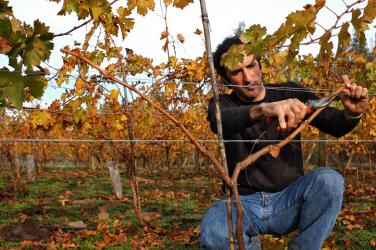 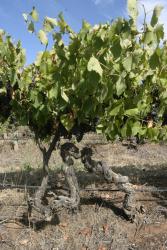 Not to confuse the average wine lover any more than we already are, in the world of wine viticulture, a number of grapes have different names depending on which country they are from. Spain’s Tempranillo grape is called Tinta Roriz in Portugal, while France’s Carignan grape is known as Mazuelo in Spain’s Rioja region.

Usually, the name changes have to do with linguistic differences between the countries, but sometimes a grape will have different names within the same country. The grape called Auxerrois in Cahors and Pressac in other areas of its native France, is Malbec in Bordeaux as well as Argentina, which has adopted it as that country’s signature red grape and made it popular worldwide.

The grape “name game” is best illustrated in the case of the grape Syrah, as it is called in France, its country of origin, and in many other countries where it is grown around the world. However, a particularly dark-skinned version of the grape that was brought to Australia in the mid-1800s flourished there and was called Hermitage. In the 1980s, that name was dropped because of legal issues from an area in France with the same name, and Shiraz was adopted, either to honor the city in Persia where some say the grape originated before migrating to France, or as an anglicizing of the French word.

Though Shiraz has become the ubiquitous red wine of Australia, and Syrah is equated with France, the names really signify two different styles of wine, regardless of which country they come from. And, both are delicious accompaniments to the dishes that will be enjoyed in St. Louis as the summer’s heat and humidity start to subside.

Australian Shirazes are often big and bold, with unctuous, ripe-fruit flavors – usually dark fruit such as blackberries, blueberries, cherries and plums.  There’s almost always a hint of spice, and those from South Australia, where the vast majority of the Shiraz vineyards are located, often have aromas and flavors of spearmint that come from eucalyptus trees growing near the vineyards. Henry’s Drive Magnus Reserve Shiraz from Padthaway, which is very near the west coast of South Australia, has the aforementioned Shiraz taste profile but spends nearly 20 months of aging in large, mostly French oak barriques. The oak integrates very well with the Shiraz for a powerful, yet elegant wine that greatly complements game dishes like duck with cherry sauce or venison chili. Other South Australian Shirazes, from producers like Paringa or Kay Brothers, are also great buys and are a wonderful quaff alongside Texas beef barbecue or spiced lamb stew.

French Syrah, grown primarily in the Rhone Valley, is softer and subtler, often blended with other grapes from the region, such as Mouvedre and Grenache, to form the black pepper-infused, lightly fruited Cotes du Rhone wines that are widely popular here. A favorite is Cachette Cotes du Rhone, especially when paired with a spicy dish that uses black pepper or peppercorns as a main ingredient, like France’s popular steak au poivre.

Syrahs from countries as diverse as Chile and the United States could be called a bridge between the powerful, juicy Shiraz of Australia and the more nuanced Syrah of France. Vina Koyle Royale Syrah, made by members of Chile’s first family of wine, the Undurragas, as well as Eponymous Syrah, made with Napa Valley grapes by well-known California winemaker Robert Pepi, both are loaded with black pepper, herbs like rosemary, and even what is described as “meat drippings” on the nose and palate, typical characteristics of French Syrah, while also showing the black-fruit flavors that drive Australian Shiraz.

So, “You say Shiraz, and I say Syrah.” Either way, what you’ll bring to the table are wines that guarantee tasting pleasure.