Challenging the conventions of fine art, pop art brings a fresh punch to your collection. 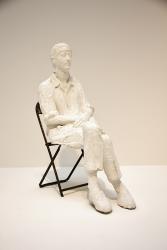 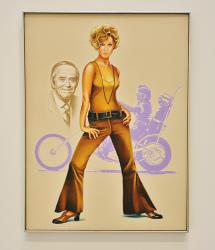 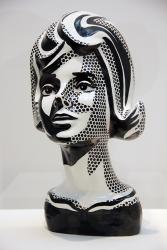 “She looks just like Katie Hendricks! You know the 8th grader.” A doe-eyed teen holding a school worksheet pulls out her iPhone to snap a photo of a 1970 Mel Ramos painting of Jane Fonda.

“Yeah...I guess.” Her field-trip partner turns her head to see the piece from another angle. She frowns. “But I think she’s famous or something. She wouldn’t be in a painting like that unless she was popular.”

How appropriate this observation is for Gallery 254, a portion of the newest wing of the St. Louis Art Museum housing Modern and Contemporary works including Pop art. A blown-up mugshot, the ceramic bust of a woman’s head and the aforementioned ode to a ‘60s feminist icon are currently on exhibition in the gallery, but only comprise a small part of the museum’s Pop art collection and the thriving Contemporary art interest in St. Louis.

“There’s a great history of collecting Contemporary art in this city,” says Simon Kelly, curator of the Modern and Contemporary collections at SLAM.  “There’s certainly a market, and that’s why this building has been so great, because it’s given us a much better space to cater and respond to that market.”

Following World War II, the meteoric rise of pop culture and celebrity in Britain and the United States inspired artists like Warhol, Lichtenstein, Duchamp and Hamilton to appropriate everyday ads, comics and domestic staples into works of Pop art. Figurative, whimsical and occasionally grotesque, Pop art challenged the conventions of fine art aggressively, simply by reintroducing viewers and critics to items they already thought they knew so well.

It was nothing anyone had seen before just by being nothing new.

“There’s so much out there. That’s one of the things that’s notable about Contemporary art at the moment is that it’s diverse and eclectic,” Kelly says. His work as curator not only requires that he keeps the galleries fresh – a task domestic collectors also struggle with – but he must keep his finger on the pulse of Contemporary art uses. “Popular art has become increasingly global, so there’s really such a variety out there that I would say it could fit into almost any design space.”

And Pop art’s appeal lies in its derivation: It’s meant to be popular, accessible to everyone. With so much variety where color, subject matter, media and scale are concerned, there are works for any homeowner or decorator looking to punch up an interior.

Spaces such as the Greenberg Van Doren Gallery, gallerists like Bruno David and institutions like SLAM, the Kemper Art Museum at Washington University and the Contemporary Art Museum are all outlets to gather inspiration or find your perfect Pop piece.“ Just keep things interesting. I think that’s important,” says Kelly, looking across the gallery at a seated man, his slumping shoulders captured for eternity in plaster. “No one should be afraid of that.”