2015 Garden of the Year: Exotic Journey

Famed inventor Thomas Edison once opined that "Genius is one percent inspiration and 99 percent perspiration." 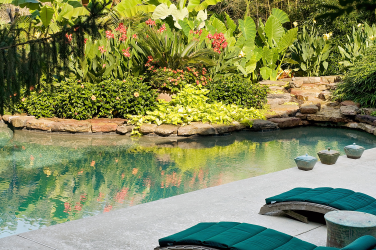 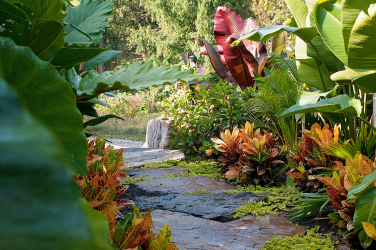 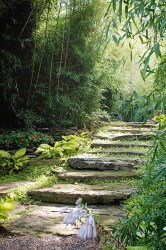 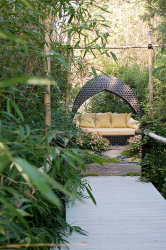 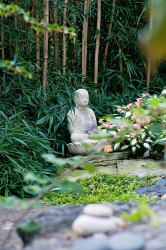 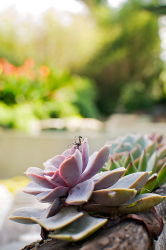 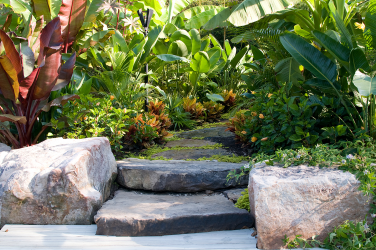 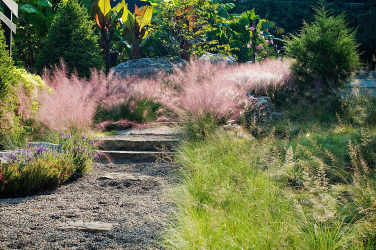 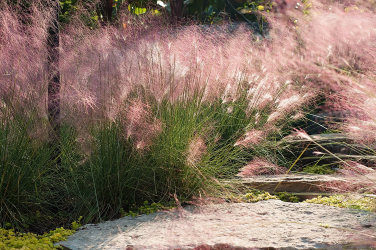 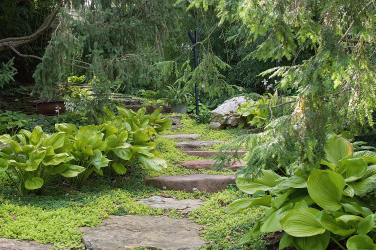 Melissa Losos, and anyone who has viewed her garden and knows the story behind it, would agree. That the 2015 St. Louis Homes & Lifestyles' Garden of the Year is genius, there is no doubt. Twice on the Missouri Botanical Garden tour of private gardens, which occurs once every three years, the breathtaking, serene, one-acre parklike space resembles something one would encounter on a tour of the Orient rather than in a back yard in Central St. Louis County.

The inspiration for what the garden would become grew out of necessity. Mundane issues such as sewer laterals, drainage, erosion and transforming negatives into positives provided fertile ground for Melissa’s inspiration. Her husband Jonathan can most closely attest to the perspiration.

Scheduled to be on the 2011 Missouri Botanical Garden tour, Melissa’s vision was still a work in progress in the days leading up to the tour, due to a wet, chilly spring. Even with a crew of 13 brought in to help out, the night before Melissa was still planting plugs of prairie dropseed grass at 11 p.m. “I went out and found her asleep on the prairie,” her husband recalls with a laugh.

The story of the garden begins in 2001 when Melissa and Jonathan moved from a home in University City with a small city garden to a contemporary home in Ladue. Located down a narrow lane, the house sat on a nearly one-acre piece of land that once was part of a larger property. “We basically had no front yard,” Melissa explains. ”Everything was in the back.”

There were some plusses: a large deck; a lovely pool with an infinity edge; an ancient blue spruce adjacent to the pool (which the couple named Her Majesty), and some well-established wisteria vines. Beyond that, the vista took in a nondescript lawn and what Melissa describes as a “swamp” full of weedy bush honeysuckle.  “It was the lowest spot in the surrounding properties, and we had water runoff from four different homes.”

A breakthrough of sorts came when the couple had extensive lateral-sewer issues that required a bulldozer to do the work. “I basically saw how much earth a bulldozer could move,” Melissa recalls. Her fertile imagination began conjuring up a vision of a yard backed by an evergreen-dotted berm instead of a honeysuckle swamp. Another issue involved a dirt path on the north side of the house. “Every time it rained," Melissa recalls, “dirt ran into the pool. Almost everything we did, we did to solve a problem.”

There was, she recounts, one particular “aha” moment when her vision took shape as she was sitting by the pool, having her morning coffee and staring at the blank canvas that eventually was to become her inspiring landscape. With a spatial feel from years of working in real estate, not a background in design or horticulture, Melissa began to envision a tableau with the center of the yard as an ocean with ever-moving grasses simulating waves. The borders of the yard would transport visitors on a journey through an exotic, spa-like landscape composed of mystical, bamboo-lined walkways, hydrangea tunnels, dawn redwood-framed tree houses and tropical islands. Knowing what she wanted and making it happen required her to be totally involved. “I couldn’t draw it so I had to be out there every step of the way,” she emphasizes.

Dale Anthon of Exterior Design, who ran the heavy equipment, and William Franks, who literally did a lot of the heavy lifting, worked closely alongside Melissa throughout the project. “I kept the vision, and we worked to get there,” recalls Melissa.

The trio began with 500 tons of gravel to help level the yard and provide proper drainage. They topped the gravel with way-too-many-to-count truckloads of 50 percent topsoil mixed with 50 percent compost to create soil in which plants could thrive.

There were times when “the vision” was hard to imagine, even for Jonathan Losos. A professor of organismic and evolutionary biology at Harvard University and curator of herpetology at Harvard’s Museum of Comparative Zoology, he commutes between Boston and St. Louis and travels throughout the world. “About five years ago I came back in town and the back yard was nothing but mounds of dirt. I thought ‘Oh my gosh, what has she done,’” he recalls laughing. “Then, later, there was all this dirt and all these boulders.”

Approximately 300 tons of boulders to be more precise, personally selected by Melissa and Dale at Earthworks in Perryville. They created steps and elevations, prevented erosion and punctuated pathways. Soon a trail through the garden began to emerge. Melissa describes it as a sort of figure 8. “I wanted people to see the different elements as they moved through the garden, always looking at something beautiful but different and never seeing the back of the workings of something else.”

When it came to the selection of plant material to paint the picture she had in mind, Melissa fortunately had two close friends, Kim Kelce and Nancy Pedley of Kelce and Pedley Design, who have been creating St. Louis gardens since 1991.  “My style is not exactly the same as theirs,” Melissa says. “They do a more traditional, English look. But I would do some research and tell them the plant or the look I wanted. They would sometimes come back and say, ‘We can’t get that but we can get you something similar.’ It was fun for all of us to play with it.”

One plant Melissa did not have to purchase was the bamboo that moved from a neighbor’s yard into hers. The lacey texture and continually rustling evergreen foliage fit in perfectly with her vision for the garden. She has learned to curb its invasive tendencies by installing a barrier three-feet deep and at least two inches above ground that so far has kept the bamboo just where she wants it.

Other plants that are signatures of her garden include the dawn redwoods at the back of the garden that were one of the first things planted; a wide variety of hydrangeas, particularly heavy-flowering, dwarf Bobo, and the prairie dropseed that makes up her ocean.

Perhaps her favorite time to view the results of her inspiration is in the early fall. That is when the knee-high clumps of muhly grass that edge the dropseed ocean send up fuchsia blossoms that appear as hot-pink ocean spray alongside the gray-green “water.”  “It’s the prettiest thing I have ever seen,” she says of her vision.