A Spanish Wine Family with History On Their Side 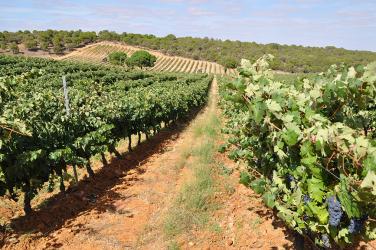 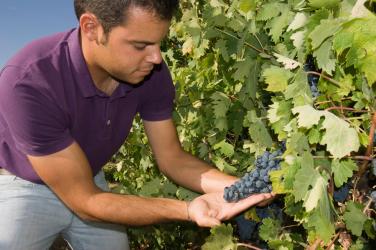 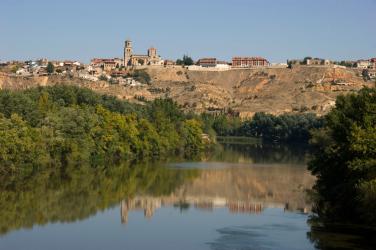 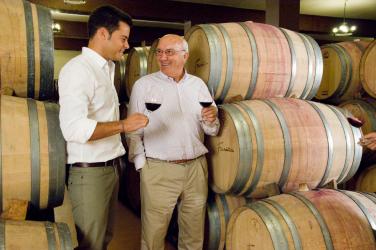 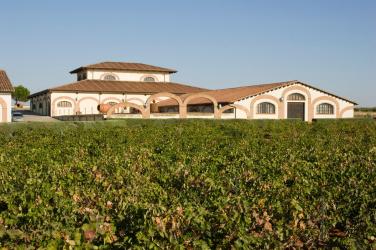 Standing outside of the original white stucco and dark wood Bodegas Farina winery in the Toro region of Spain one early April day, Manuel Farina was preparing to make one of his many tours of the 742 acres of vines that have been in his family nearly 75 years.

Soon after the end of the Spanish Civil War in 1939, veteran Salvatore Farina, in search of a better life for his family, decided to relocate to the land of wine in the southern part of Zamora Provence in northwestern Spain, near the Portuguese border. Vineyards there have been part of the rugged landscape since ancient Roman times. Wines from Toro were the only Spanish wines that Christopher Columbus brought with him on his epic journey to discover the New World in 1492.

In 1941, the land and vineyards were plentiful and much easier to work than from where Salvatore was raised. He bought and planted old vines – a risky venture, especially when much of the world was engulfed in World War II. But the gamble paid off when his wines were an immediate success with his neighbors and others in the region. Soon after, Bodegas Farina and Salvatore’s son Manuel, were born.

After growing up in the vineyards and around the winery, often by his father’s side, Manuel left Toro to study winemaking at a number of top agricultural universities in Spain and France. He returned to Bodegas Farina in the mid 1960s, taking over the family business. Today he is considered the founding father of Toro for employing advanced winemaking techniques and modern vineyard management that were instrumental in helping to secure D.O. status for Toro in 1987 (the government-issue designation that elevates a region’s wines to top-quality status).

At that time, there were only six wineries in Toro. Today that number is more than 40 as the region’s reputation for rich and elegant old-vine red wines keeps growing. Manuel Farina’s wines were the first wines from Toro that famed wine critic Robert Parker tasted and praised highly in his Wine Advocate newsletter back in 1992.

With all the recognition and accolades, Manuel is still a farmer at heart. So, here he is, as the sun is rising, still tending to the vineyards. At his side now is his own son Manu, the third generation of Farinas to take on the family’s passion for making wines that retain all of the character of the region but are elegant and easy to drink. “Elegant Toro” is the phrase Manuel coined to describe his wines. Father and son spend the morning inspecting the vines; some nearly 140 years old, to monitor them as they awaken from their winter sleep.

Many of the vines they examine are the main red varietal of this region, a premium clone of Spain’s ubiquitous Tempranillo grape, named “Tinta de Toro.” Garnacha is the other red varietal that can be found in the vineyards here and both are starting to bud by April.

It is the wines from these red grapes that Manual and Manu will enjoy at lunch after they finish their morning work in the vineyards.   Most days, they sit down to a simple meal of Sopa de Ajo (garlic soup) and Homazo (Spanish meat pies, much like empanadas). Such wines as Farina’s Gran Dama de Toro Reserva, a blend of Tinta de Toro and Garnacha, or the more modern, fruit-forward Spanish Sons, 100% Tinta de Toro, are fine accompaniments for this midday meal.

If it is Easter in Toro, Manuel, Manu and their families will likely be eating Cordero Asado (roasted spring lamb). While it is fairly easy in Spain to buy whole suckling lambs to roast on a spit, in the United States cooks usually have to settle for leg of lamb. Rub it with extra-virgin olive oil that is flavored with garlic sautéed in the oil prior to using on the lamb. Next, add wedges of potatoes, sliced carrots and other spring vegetables to the pan to roast with the lamb, and slide it into the oven for a couple of hours. The same Farina wines that graced their lunch are equally adept at holding their own with the earthy taste of lamb and strong, yet sweet, flavor of garlic and carrots.

After you’ve finished your Spanish Easter meal, or your simple Spanish lunch, raise your glass of “Elegant Toro” to thank the man, and his family, that helped bring it to your table. You’ll probably find him somewhere among the vines.