Today's disposable model for construction didn't quite resonate with Kelly and Pat Judge. These homeowners eschewed contemporary norms in order to embellish a cherished family home - and it's in the wraparound garden where their efforts have truly blossomed.

Category:
Before & After
Gardens
| 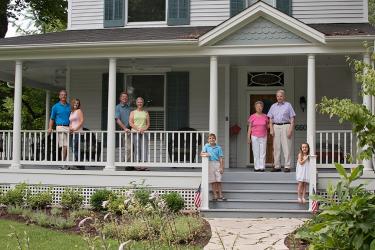 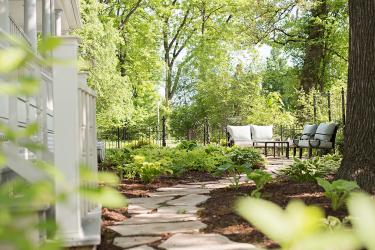 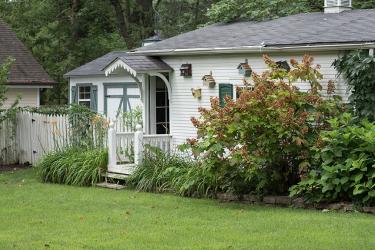 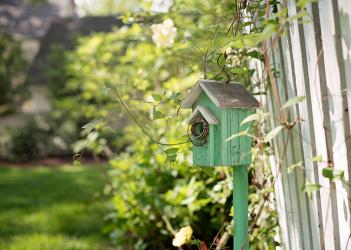 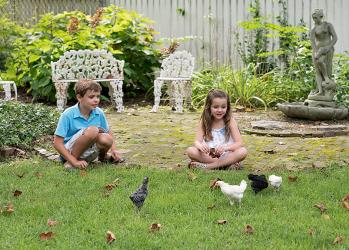 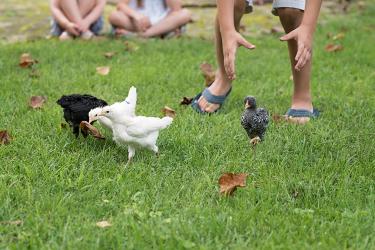 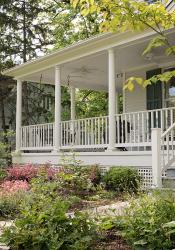 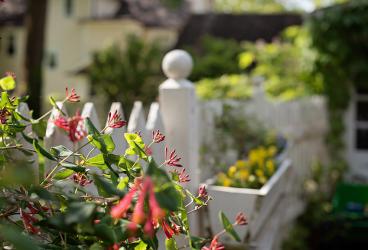 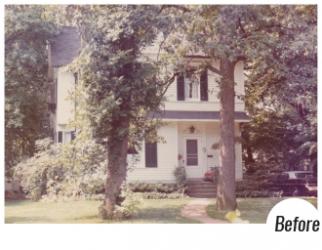 When the Judges purchased their home in 2009, the turn-of-the-last-century Victorian didn’t need much work. That’s because Kelly’s grandparents – the previous homeowners, who’d purchased the place in the sixties – had already put in enough sweat equity to revive the once-tired stick style.

“This house was their pride and joy,” Kelly says. It certainly shows: Kelly’s grandfather, Roy Fischer – a World War II veteran and hobby woodworker – installed the home’s gingerbread trim, and her grandmother, Abbie, was responsible for the stained glass that’s interspersed throughout. The garden, too, was already a lesson in mastery — one the Judges intended to perpetuate while adding their own flair, too.

“We hadn’t planned on revamping the front yard,” Kelly begins. She and her husband wanted to incorporate a wraparound porch, however, an addition paying homage to the original structure, which was rumored to have had a veranda. In 2012, the Judges “brought that element back in,” Kelly says. “Building the front porch,” she continues, “forced us to start over.” Post-construction, the homeowners hired Jerry Pence of Basile Landscaping and Lawncare to redesign their front yard; they laid a curvaceous stone walk to add visual interest, then got to work on planting a dogwood and Siberian bugloss near the house, along with boxwood, pink azaleas and foxglove; closer to the curb, a magnolia tree blooms beside mariapas and hostas – the latter a nod to Kelly’s grandmother’s whims.

Head east and, Kelly says, “It’s basically a hosta garden!” The hostas Abbie planted are easy to spy: “They’re huge and extremely mature,” says Kelly, who has added and transplanted a few more. Shade comes, in part, from a massive gumball tree, reaching out over wicker furniture welcoming afternoon loungers. And, Pat Judge recently added a wrought-iron fence to this space, with the goal of creating a green wall via climbing plants, including wisteria and climbing hydrangea.

A stone walkway connects the eastern shade garden to the back yard, housing Kelly’s favorite detail. “Between the driveway and the grass,” she says, “there’s an old white picket fence, and there’s beautiful honeysuckle that’s entwined all around part of it.” Kelly remembers drinking its “honey” as a child, and Abbie remembers getting the plant from her mother. It wasn’t uncommon in those days to transplant flora from friends and neighbors; today, Kelly’s first stop is always Sugar Creek Gardens, a standout local nursery.

“The garage is so old,” Kelly continues. Roy built its petite porch – complete with ornate railings and trim – and Kelly augmented the space, hanging colorful bird feeders. There’s one spot Kelly wouldn’t dare touch: That mossy old brick patio – the one just beyond a screened in sleeping porch where Kelly’s dad spent summer nights – is a family treasure. According to Kelly, “The story goes that Grandma wanted Grandpa to build a patio back there, but he didn’t want to. So she just did it herself!”

Moving west, crabapple and cherry trees line the driveway, and are preceded by roses, lilac bushes and hydrangea. “There are also a lot of day lilies scattered here and there,” Kelly says, noting that Abbie likely planted those. “We definitely asked for my grandparents' opinions on remodeling, and Grandpa was an expert on knowing what will grow where.” As a child, Kelly spent ‘most every weekend at the family home, playing with cousins and visiting her grandparents. “I think in general they were very pleased to see us here, knowing that my kids get to grow up in this space where they had so many great memories,” says Kelly.