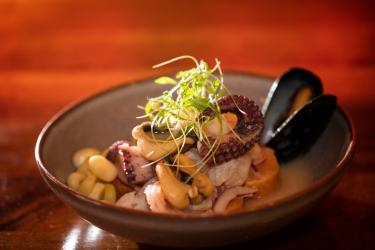 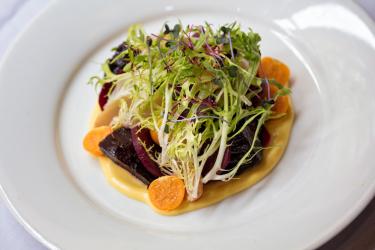 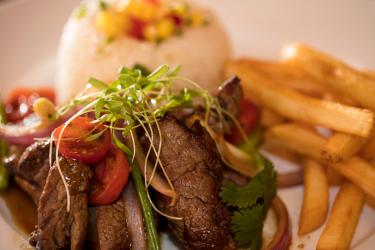 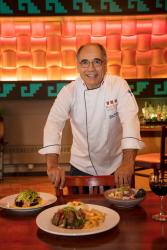 Caravan to Peru, anyone? No need to pack water and rations: It’s a mere 18-minute march from the Gateway Arch to Mango, the Washington Avenue restaurant that owner and chef Jorge Calvo says remains the only Peruvian restaurant in St. Louis.

Don’t tango into Mango expecting to skirt around exotic foods or order American recipes with a South American twist. There is nary a Peruvian burger or spicy chicken finger to be found. From the moment the plantain chips and chimichurri dipping sauce land on the table, diners have, for all intents and purposes, walked into Peru. (English-speaking servers and some domestic beverages are welcome concessions.)

Asked to explain the characteristics of Peruvian cuisine, Jorge touches upon the humble but ubiquitous variety of potatoes that originated in his native country, as well as the peppers and other spices vital to recreating signature South American flavors. Like any ethnic cuisine, though, Peruvian food also borrows from immigrants.

“Our food is some fusion, too,” Jorge says. “Being in South America, some years ago Chinese, Japanese and some European people came to Peru, so there are a lot of influences from those places. We use a lot of ingredients from those areas.”

While spice levels can be customized to amp up or tone down the heat according to individual tastes, the food coming out of Jorge’s kitchen has never been Americanized. He strives for authenticity in every dish, sourcing many ingredients – staples such as giant Peruvian corn (choclo) and purple potatoes (papa púrpura) and a variety of peppers – from his home region or growing them in his own garden.

Over the course of a decade and a half in business, the needed ingredients have become easier to acquire, and Jorge says diners have become savvier, making life in the kitchen easier as well. “Many times, we have people who come here before traveling to Peru because they want to try the food from Peru before they go. On some occasions, they come back here after coming back to tell me that the food was so authentic. I’m very happy that they come back here.”

They will want to come back again now as Jorge introduces new dishes to the menu in the new year. He plays this close to the vest at press time but promises the food at Mango will continue to deliver flavors that dance to the beat of Peru’s drums.