Distinctively American, Craftsman styling has endured for more than a century. 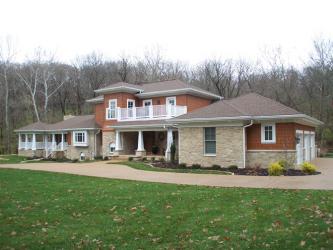 The year was 1900, and residential architecture was about to experience a significant transformation throughout Europe and America. The Arts and Crafts movement was already underway, rejecting the eclectic, ornate styling and mass-produced goods of the Victorian era, in favor of simpler design, natural materials and hand craftsmanship.

Here in the U.S., numerous architects became adherents of the movement, and early examples of modest, clean-lined bungalows—soon to be known as the American Craftsman Style—began to appear in California around 1905. Interestingly, that label can be attributed to a furniture maker of the time. Gustav Stickley described his product as “honest furniture,” hand-crafted, streamlined, functional and made of premium native hardwoods. Stickley also published a magazine, The Craftsman, which featured plans by architects and designers who shared his vision, and the term “American Craftsman” was born!

Although the original style had faded from popularity by 1930, various elements were incorporated into subsequent architectural movements during the middle of the century. Then, in the early ‘70s, Craftsman made a big comeback, a revival that continues today.

Designs generally included in the Craftsman category are the Bungalow, Prairie Style, Mission Revival and Four-Square. Among the characteristics common to all are low-pitched, multiple rooflines, wide overhanging eaves, large columned porches or covered entryways, gables and dormers and double-hung, multi-paned windows. Exteriors can be clad in virtually any material (preferably natural), including wood, stone, brick, lap siding, clapboard or shingles, with an emphasis on horizontal lines. The one exception is Mission Revival, which is traditionally sided in stucco.

Authentic Craftsman detailing can vary widely, but perhaps the most instantly recognizable are short tapered columns, set on massive stone or brick piers extending to ground level. Classic windows will often have multiple lights above a single pane, and other distinctive features might include knee braces or exposed rafter tails under the eaves, a partially paned entry door and a porch railing or masonry knee wall.

Inside, floorplans are usually open and practical, with relatively few hallways and lots of built-in cabinetry and shelving. Muted earth tones and natural wood and stone are common décor elements; a large, imposing fireplace may dominate the primary activity space; and window seats and small nooks frequently add a cozy domestic touch.

It’s worth noting that Stickley furniture has retained its popularity for well over a century, and Craftsman design has been an integral part of the American architectural landscape ever since. Functional, “honest” and perfectly suited to today’s more relaxed contemporary lifestyle, it’s likely to remain a favorite for decades to come.